Tony was at work supervising deliveries when he was injured in an accident. It led to a range of injuries including a brain injury which left him with speech and memory problems, four discs fused in his neck and unable to walk. The accident had a massive impact on Tony’s life. He experienced seizures which led to panic attacks when he went out. Eventually Tony ended up staying in his house for over a year, not moving, going out or socialising.

Physio Matters worked alongside Tony to build his confidence and his fitness. We tailored a rehab programme at a local gym and supported him in this activity, as well as introducing him to hydrotherapy and the Alter-G anti-gravity treadmill. Working with our Senior Neurological Physiotherapist Anastasia Giljazova and Physio Assistant Jack Collins, Tony is now much fitter, more confident, and able to walk and go out with his family.

Watch Tony’s rehab in the pool, the gym and on the Alter-G and hear him explain how Physio Matters has given him back his independence, taking time to work on his mental well-being as well as his physical fitness. 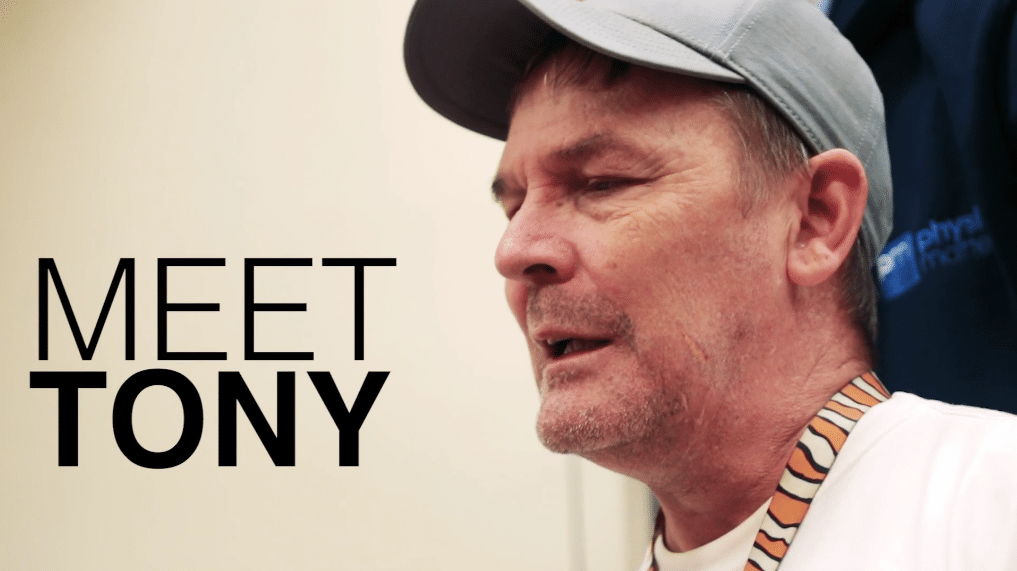