Good friends Joan and Ernie live in the same residential care home in Oldham. Ernie was first to be treated by Physio Matters when we were called in to help him improve his mobility following multiple strokes. These left Ernie reliant on a walking frame to move around. A keen Oldham Athletic FC supporter, he had also set himself the goal of walking at his son’s wedding. Our team of Senior Neurological Physiotherapists and Physio Assistants focused on helping Ernie start the process of walking independently, initially just a few steps at a time. Since this video, Ernie has improved so much that he has moved out of the care home and into his own flat. Click here to see more.

Meanwhile, his friend and neighbour in the care home was 91-year old Joan, who had spotted Ernie’s treatment and progress. Joan had always lived independently in her own home, but following a stroke, she came to live in the care home. Following operations on both hips and then suffering a bad fall, Joan became immobile which affected her confidence. Joan set herself the goal to stand and walk again, and seeing Ernie’s rehabilitation, she asked her son to contact Physio Matters to receive physiotherapy treatment too.

Watch Joan and Ernie’s story of how both exceeded their goals. 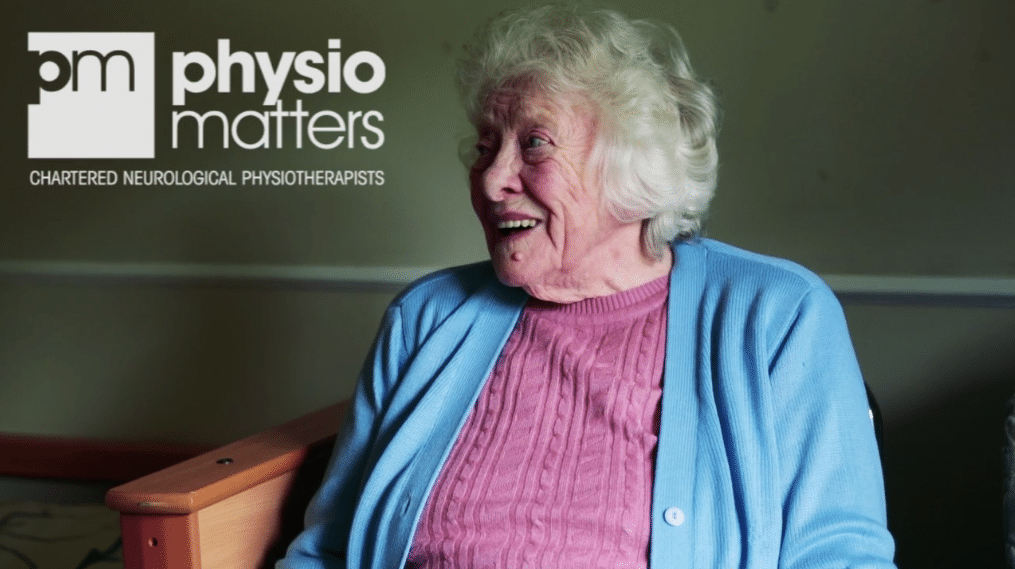